Next cleaning session, next order of business: remove the platen for cleaning. The nut fastening the platen to the press is ginormous. I wasn’t sure if I would be able to undo it, as I’m sure it hasn’t been shifted in forever. I put so much pressure on the wrench, that when it finally gave way, I nearly headbutted the flywheel. A broken nose is not in my plans. And when all four nuts were removed, I initially thought the platen was stuck. But alas, it was just so heavy I couldn’t lift it! So I called in Mr. Strong (ie. husband) to save the day.

The platen was really rusty. The paper clamped to it had been there so long it was flaking off. I jimmied the clamps open with a screwdriver to get the paper out, then gave the whole thing a good going over with rust killer. It has come up an absolute treat. I reckon I could give it another go, to get it looking even better, but I’m happy with the results.

There was also a lot of debris under the platen which was impossible to get to while it was still in place, so that got a good going over too.

My husband and I had his father over recently, and being an electrician and overall general handyman, he had some great insights. The arm extending from the platen is missing a wheel, which is supposed to sit within a track on the inside left leg of the press. I’m not entirely sure why this is required, but I’m sure it serves a purpose that will only become clear as I attempt to print. So we’re adding ‘find a local engineer’ to the list of things to do, so we can get the wheel manufactured and replaced.

I think I’ve probably got at least another two cleaning sessions to go before I can start putting her back together, and to the very serious task of making my first print. 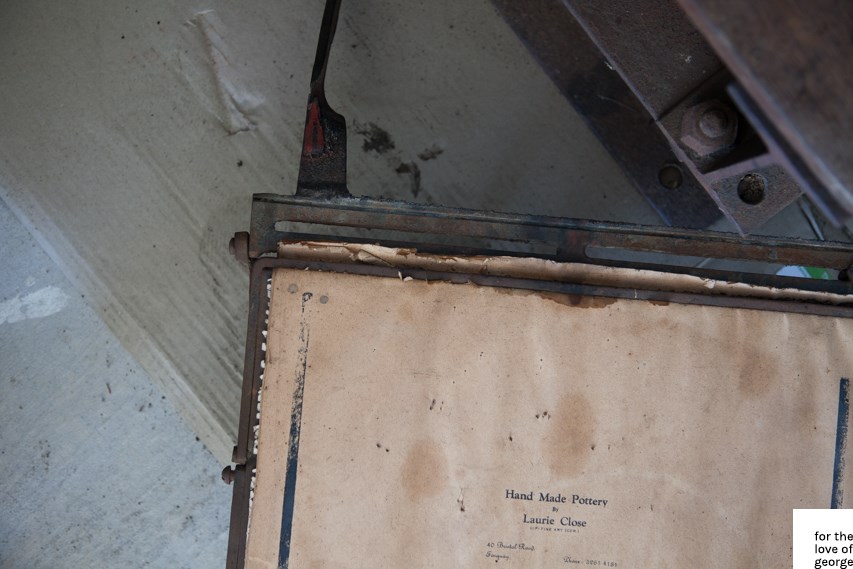 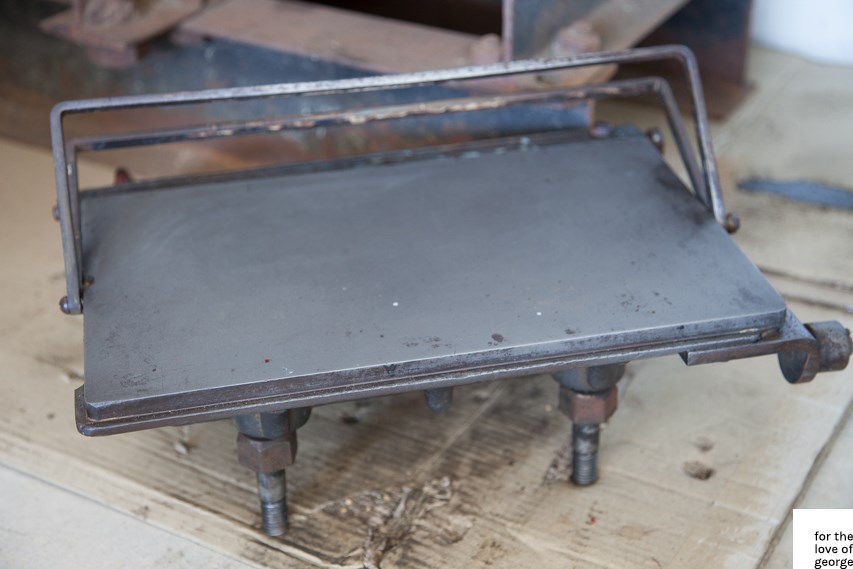 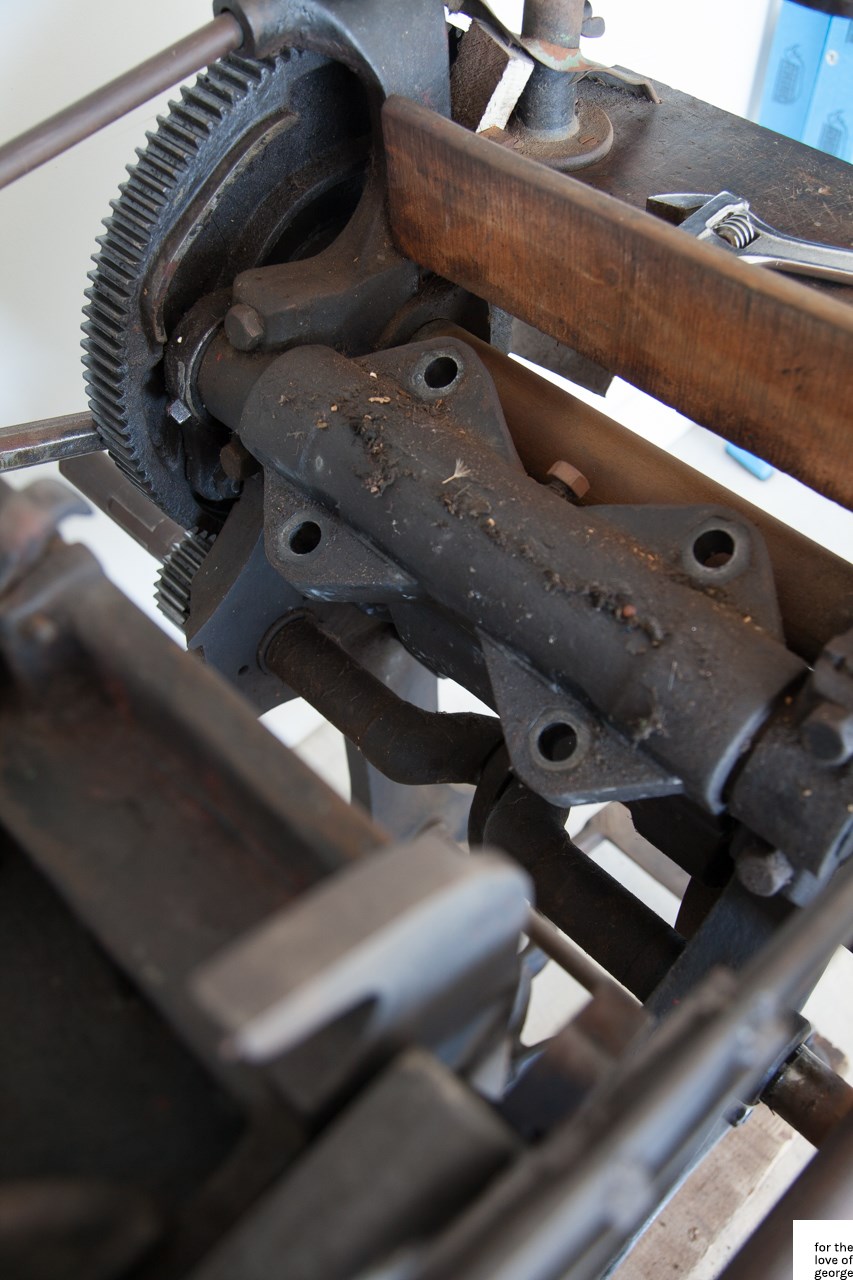 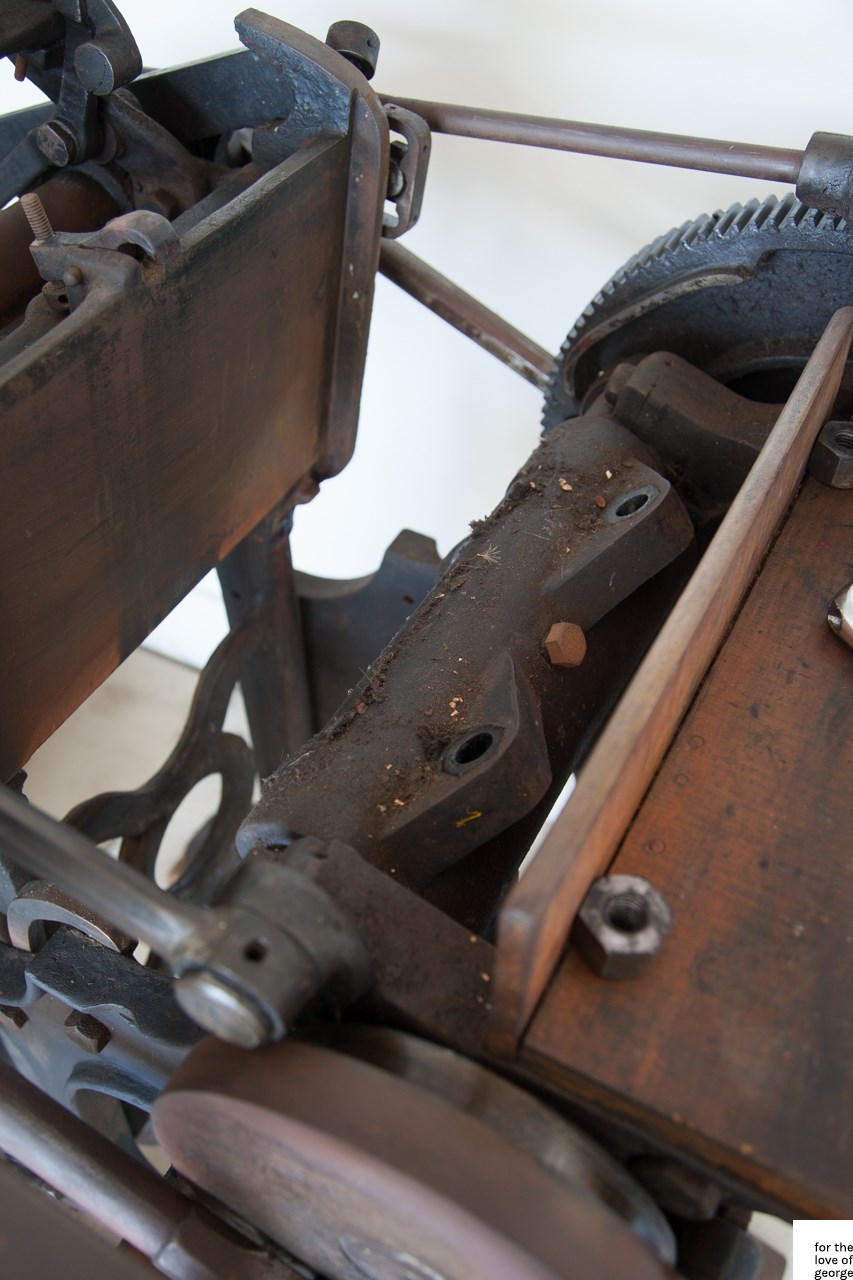 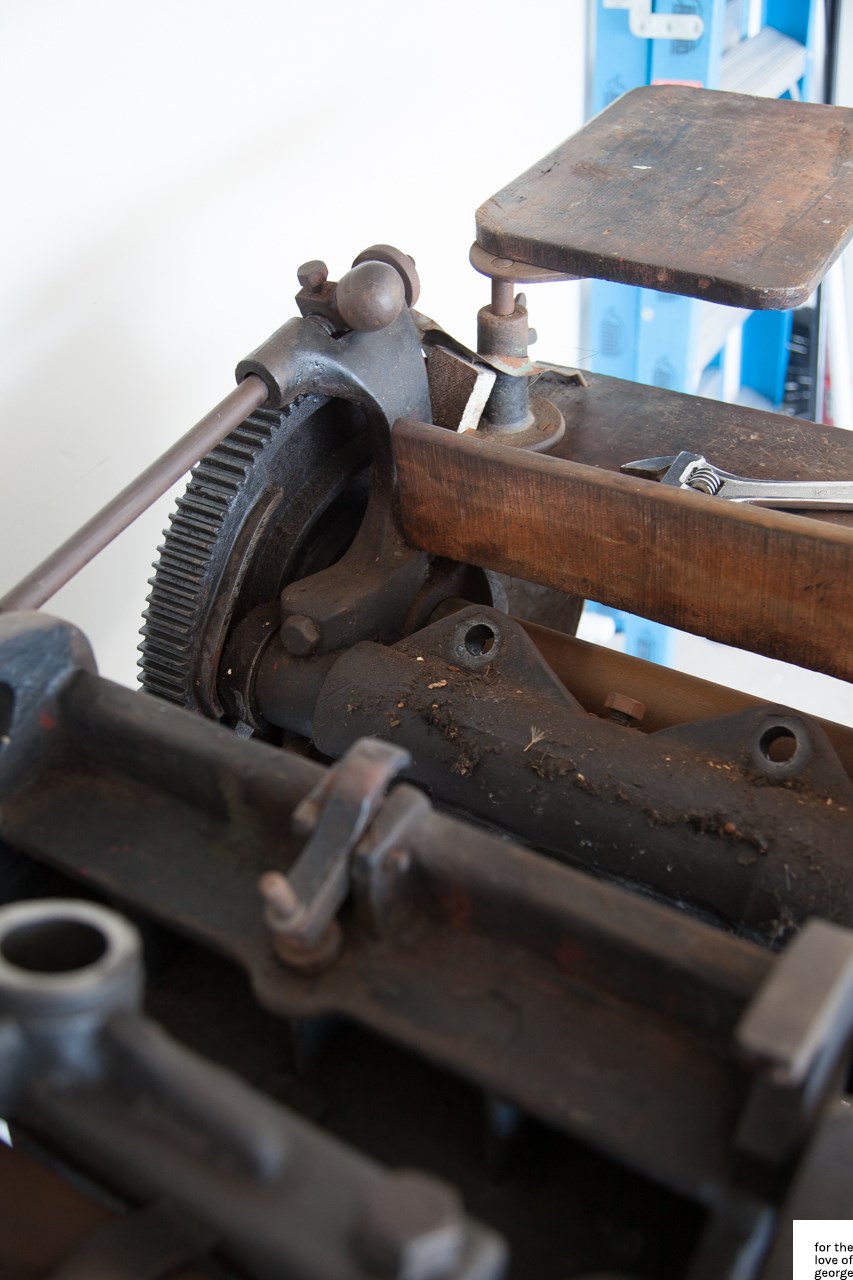 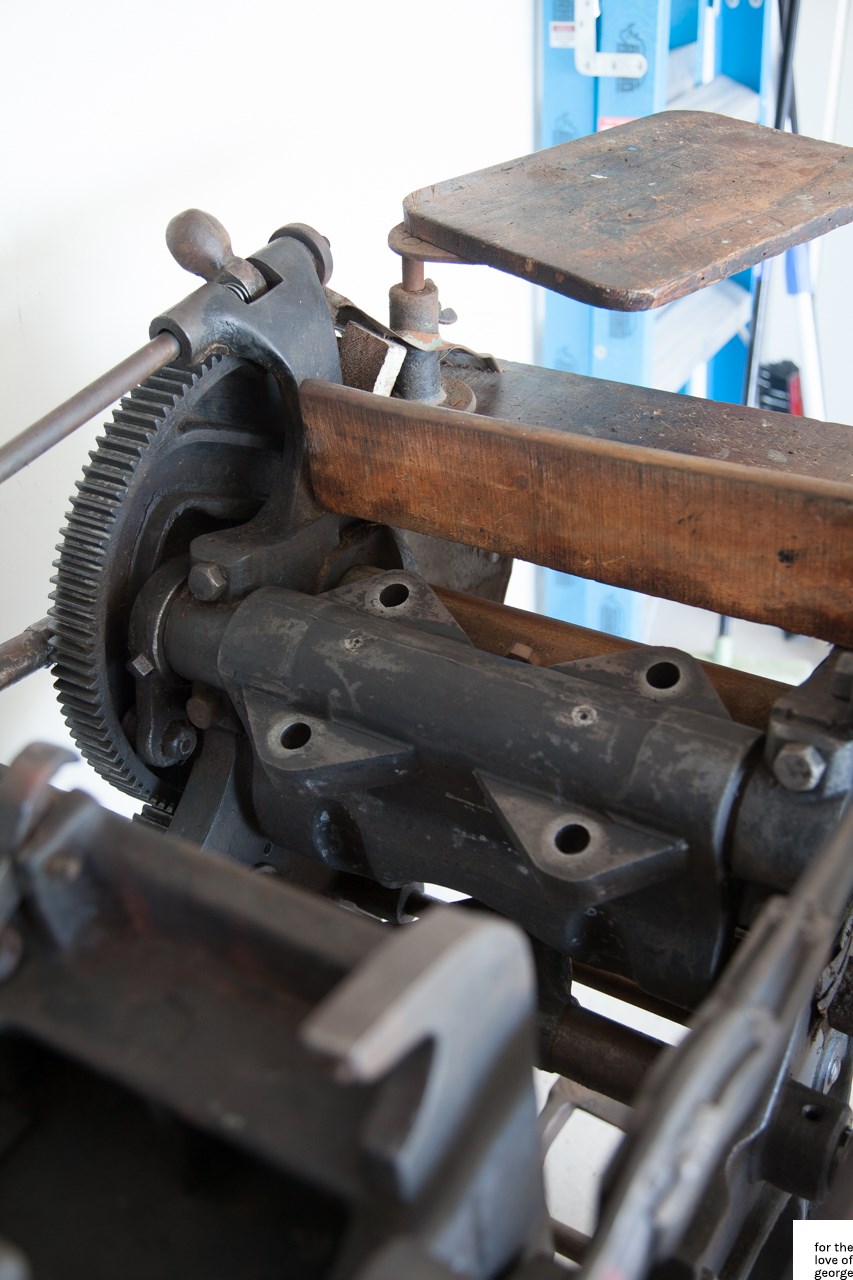 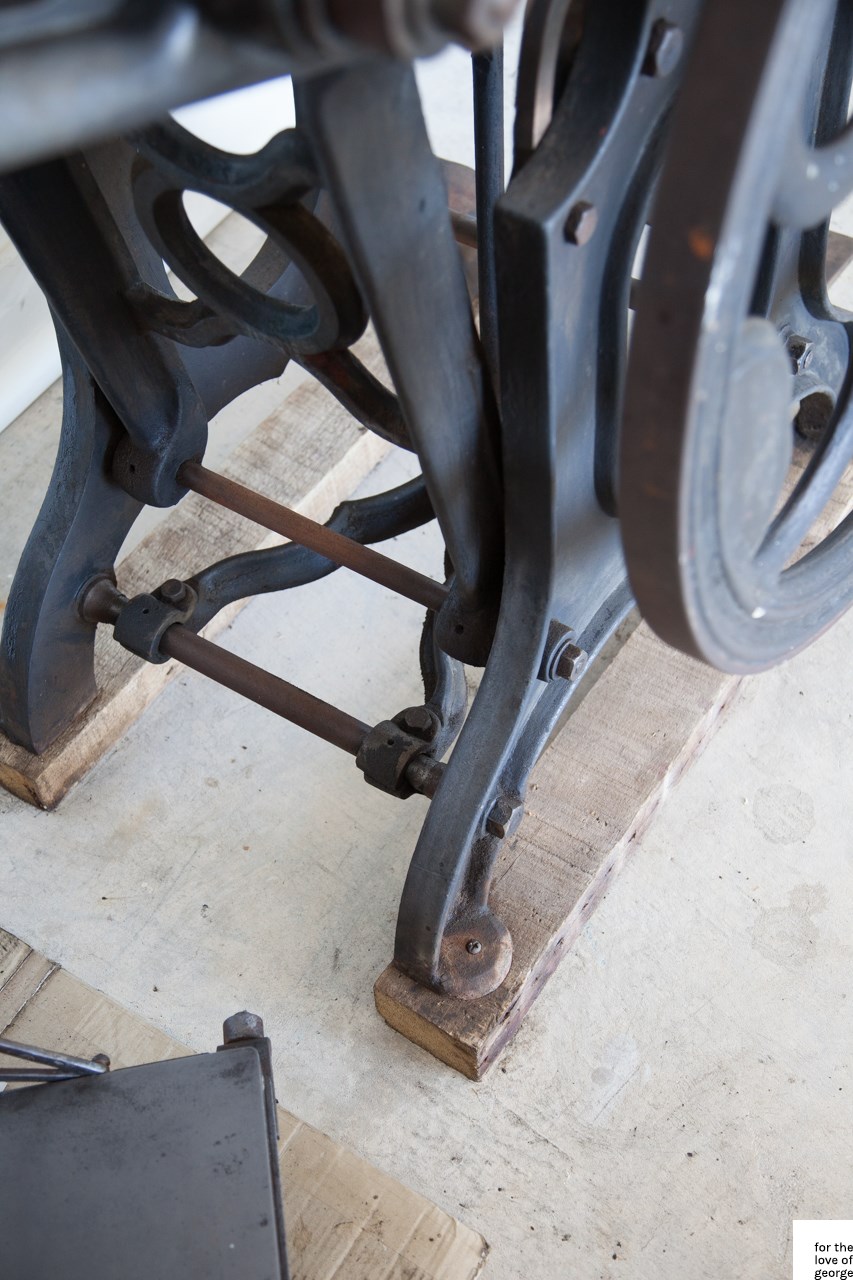 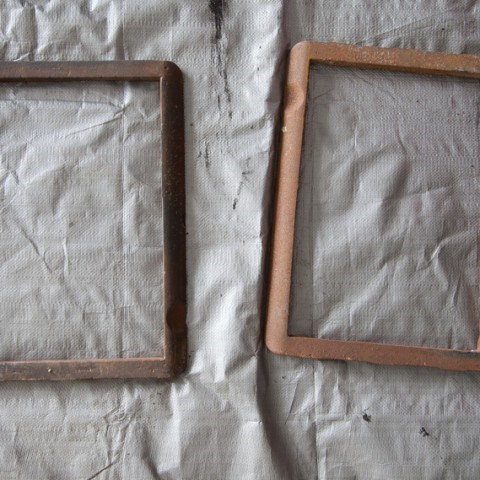 Killing rust on the letterpress